on February 4 | in Poetry | by admininfin8 | with No Comments

from the Aquahbruh/ Melinated Merman Series & for Black Men who swim

Underneath the blue rim of waves

the water breaks across my brown back.

I paddle my legs & crawl: a buoyant

in my ample thighs

these extra pounds in the water

instead of just spent breath.

When the water breaks

across my brown back

when I breach the liquid seal

each time I turn my head & inhale

I am getting over myself

& all of the unseen inside me

that weighs I down.

When the water breaks

across my brown back

I think – I want to make 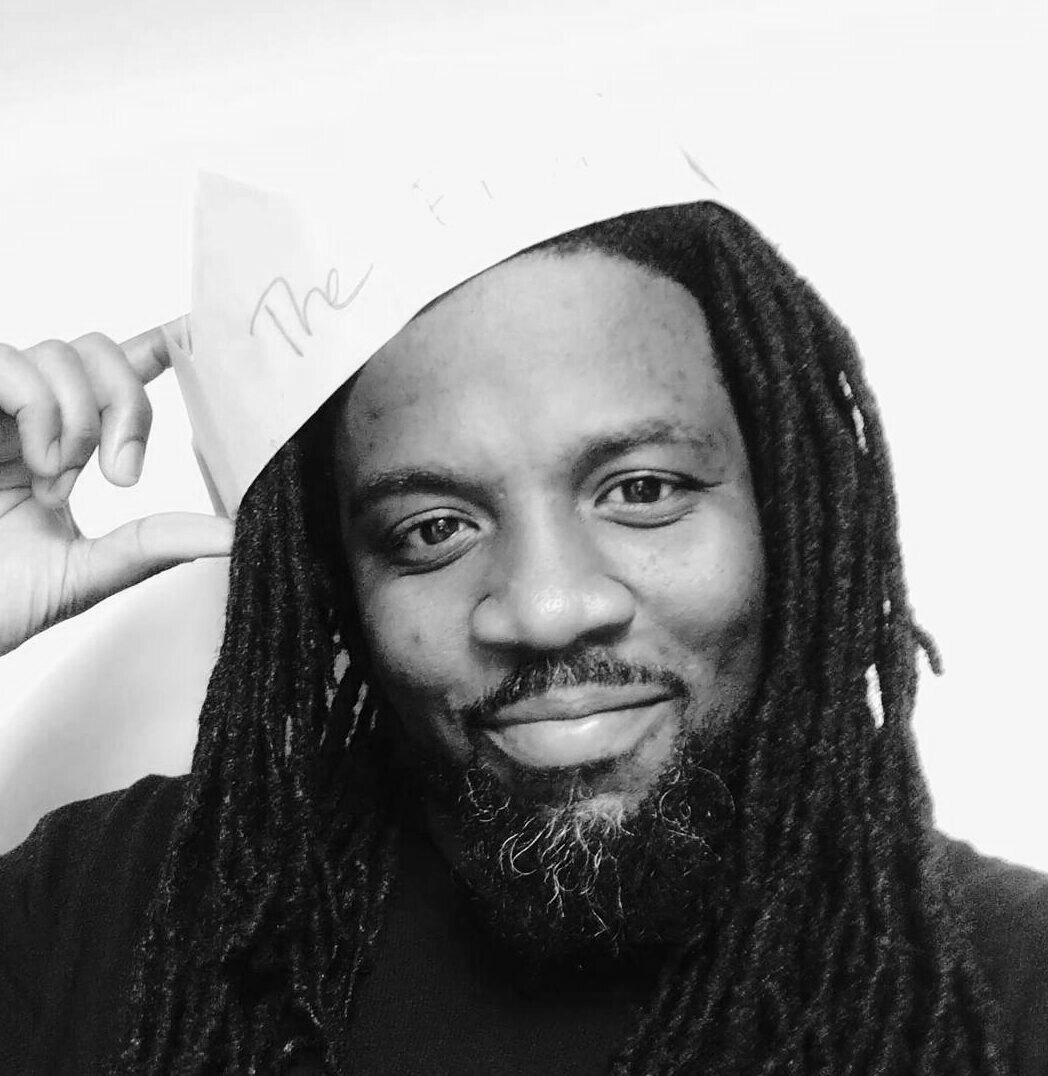 Derrick Weston Brown holds an MFA in creative writing, from American University. He has studied poetry under Dr. Tony Medina at Howard University and Cornelius Eady at American University. He is a graduate of the Cave Canem and VONA Voices summer workshops. His work has appeared in such literary journals as The Little Patuxent Review, Colorlines, The This Mag, and Vinyl online. He was nominated for a Pushcart Prize in 2012. He worked as a bookseller and book buyer for a bookstore which is operated by the nonprofit Teaching for Change. He was the founder of The Nine on the Ninth, a critically acclaimed monthly poetry series that ran from 2005-2015 at the 14th & V street location of Busboys and Poets. He was the 2012-2013 Writer-In-Residence of the Howard County Poetry Literary Society, of Maryland. He is also a participating DC area author for the PEN/Faulkner Foundation’s Writers-in-Schools program. He’s performed at such esteemed venues as The Nuyorican Poets’ Cafe and the Bowery. He has lead workshops and performed at Georgetown University, George Washington University, Sweet Briar College and Chicago State. He has appeared on Al-Jazeera and NPR as well. In May of 2014 he was also the recipient of a Maryland State Arts Council Individual Artist Grant. He is a native of Charlotte, North Carolina, and resides in Mount Rainier, Maryland. His debut collection of poetry entitled, Wisdom Teeth, was released in April 2011 on Busboys and Poets Press/PM Press. You can follow him on social media on Facebook and on Instagram @theoriginalDerrickWestonBrown as well as his author website DerrickWestonBrown.com